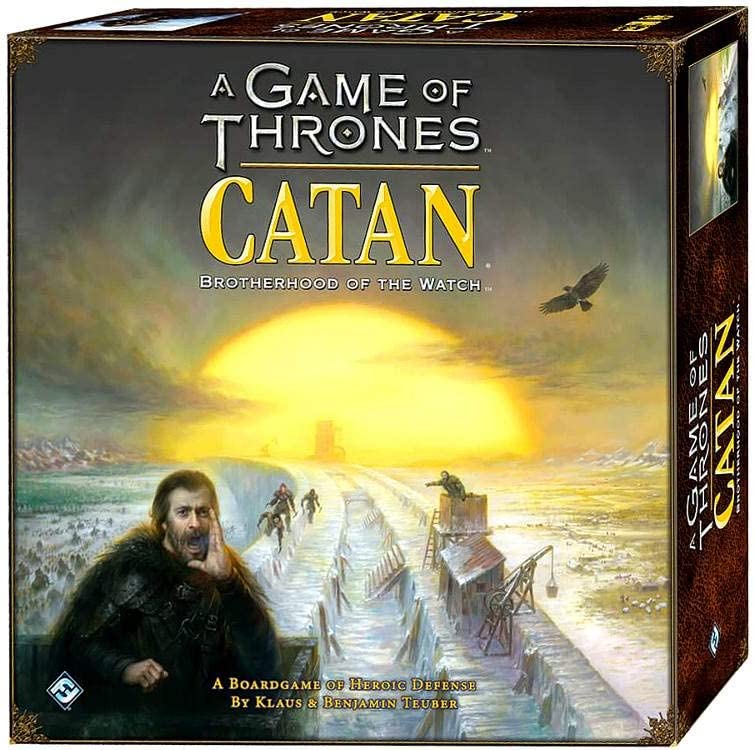 Cayci tweeted about playing Catan Game of Thrones with her friends.  In the pictures of the gameplay there is a wall with an army on it defending against wildling raiders, so there are elements of the series adapted into the gameplay. Specifically when Jon Snow was Lord Commander of the Night’s Watch.  The core strategy of the game is still in tact. 10 victory points to win the game and become the new Lord Commander of the Nights Watch. There are other elements that need to be considered, but Catan Game of Thrones is very highly rated on Amazon and it’s super fun to play. The best, and worst part is being close to a win, needing only 1 point and having someone get 3 points the turn before yours to win.  It happens too often!

Check out Catan game of Thrones if you loved the series and want to have a little fun winning the title of Lord Commander.

Settlers of Catan is one of my favourite games for 8 – 10 year olds, but the game of thrones angle may not appeal to children of that age. It’s also a great game for older kids. It really helps develp their strategy and planning abilities.